Regulation will shape shipowner strategy in the coming decade and beyond 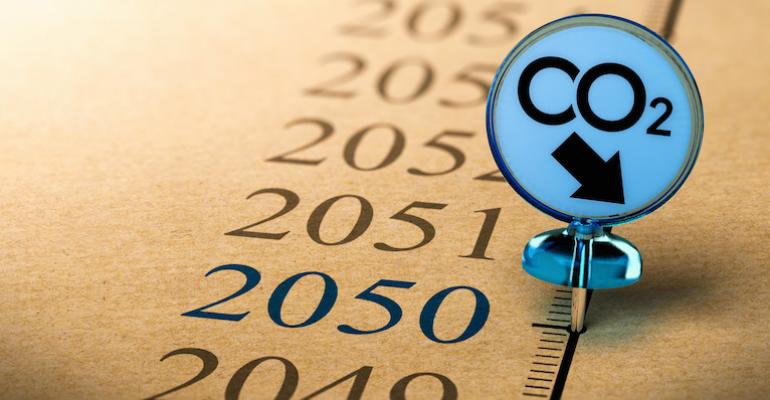 Regulation is a constant presence in the global shipping industry and the changes taking place at present will do much to forge the operational landscape in the coming decades. Greece’s shipowners are responding proactively to the challenges, making the operational, technical and financial adjustments required across the broader industry.

The environmental regulations already in the process of implementation and those still under development represent a radical shift towards lowering and ultimately removing carbon emissions from the industry.

And unlike some previous regulations that set a baseline and remain in place, the IMO’s carbon reduction targets will see restrictions tighten as the years progress, while new regional rules will bring shipping into the European carbon market for the first time.

At the same time, the process of reducing SOx emissions that began in Europe and spread to the United States will be further extended, if a new emissions control area for the Mediterranean Sea is adopted.

Influential IMO member states have proposed that IMO should adopt an ambition of zero emissions for the international shipping sector by 2050, together with strengthening the level of ambition for 2030 and to introduce an additional level of ambition in 2040 to ascertain that the full transition to zero-emission shipping is realized in 2050.

The IMO’s ‘mid term measures’ which are expected to be finalized by 2025/26, include the International Maritime Research and Development Board (IMRB) supported by flag administrations and most of the shipowners’ associations.

Funded by a mandatory payment $0.624 per tonne of CO2 emissions – corresponding to about $2 per tonne of liquid fuel oil (MGO/MDO/LFO/HFO) purchased – approximately five billion US dollars will be gathered over the 10 years of the programme. The funds are to be invested in R&D projects for decarbonisation while cross-checking of payments against emissions will be reported in IMO DCS.

The International Maritime Sustainability Funding and Reward mechanism represents the alternative proposal by China. The proposed system is designed on the basis of the existing CII mechanism, where funding contributions will be collected from ships with actual CO2 emissions above the upper benchmark level and 40% would be used to reward the best performers with actual carbon emissions below the reward benchmark level, 30% for capacity building and negative impact mitigation in developing countries, 20% for research, development and technology transfer and 10% for administrative costs.

Japan is proposing the Zero Emission Vessels (ZEVs) Incentive Scheme where revenues raised by a carbon levy will be used as rebates to incentivise the uptake of zero-emission fuels. Although the levy rate would vary depending on assumptions made, a levy rate well below $100 per tonne of CO2 would likely ensure revenues that provide sufficient levels of incentive, at least in the initial period, as the analysis assumes rapid deployment of zero-emission fuels.

An Emission Cap-and-Trade System has been proposed by Norway which once it has established a cap on emissions, will ensure an annual reduction, following an agreed pathway aligned with the ambitions of the Initial IMO Strategy. The annual cap will determine the total amount of Ship Emission Units (SEUs) which will be made available for ships. The surrendering of SEUs equivalent to a ship’s verified GHG emissions reported through the Data Collection System will result in substantial revenues.

Finally, the GHG Fuel Standard (GFS) is a European Commission proposal supported by EU member states for a technical goal-based measure to help ensure that the demand for low- and zero-GHG fuels from the shipping sector will increase. The GFS would require all ships above a certain size limit, e.g. 400 GT or 5,000 GT, to use fuels (or other energy sources) which have a well-to-wake GHG intensity at or below a certain limit value over a compliance period. The standard is expressed in the mass of GHG emissions per unit of energy used on-board a ship, e.g. CO2e/MJ. The GFS would be strengthened over time, thus ensuring a gradual and predictable phase-in of low- and zero-GHG fuels compatible with a trajectory towards the emission reduction level of ambition for 2050.

Well to Tank and Tank to Wake

Also important to monitor will be the development of the lifecycle GHG/carbon intensity guidelines (LCA) aim to incentivize the uptake of sustainable alternative low-carbon and zero-carbon fuels. These guidelines provide well-to-tank and tank-to-wake GHG emission factors for all fuels and electricity used onboard a ship.

Although the well-to-tank emissions are not accounted for in international shipping, the LCA Guidelines will provide information to ship-managers and charterers on the sustainability of the fuels, both for GHG and other emissions, so they can make informed decisions during the selection of the fuel to be used on board.

Tank-to-wake emissions now include methane (CH4) and nitrous oxides (N2O)-equivalent CO2 emissions. In addition, fugitive emissions such as methane slip are being considered with the introduction of a slip factor expressed as % of fuel mass while default emission and slip factors per fuel type, engine/converter type are proposed.

The European Union’s ‘Fit for 55’ package of measures and in particular, the extension of the EU ETS to shipping and the FuelEU Maritime Regulation are subject to negotiation in Brussels while shipowners put efforts to introduce amendments to the originally proposed text.

Concerning the revision of the EU ETS, discussions include the definition of the ‘commercial operator’ in a bid to make charterers equally responsible for carbon emissions as well phasing-in the implementation between 2023 and 2025 or 2026.

Operators face volatile compliance costs based on the fluctuating carbon price which reached almost €100 per ton of CO2 at the beginning of February, fell to around 60 Euros/ton CO2 due to the war in Ukraine and quickly recovered to around €80 per ton CO2.

Another consideration for operators planning their fuel selection strategy is that countries bordering the Mediterranean Sea have set out a proposal to designate the Mediterranean Sea as an Emission Control Area for Sulphur Oxides. The proposed ‘Med SOx ECA’, would operate in accordance with Regulation 14 and Appendix III of MARPOL Annex VI, to take effect from 1 January 2025, setting the sulphur content of fuel oil used on board a ship within its boundaries not exceeding 0.10% m/m.

Specifically, the proposed Med SOx ECA includes all waters bounded by the coasts of Europe, Africa and Asia, as well as:

The designation of the proposed Med SOx ECA is supported by an acknowledged need to prevent, reduce and control emissions of sulphur oxides and particulate matter from ships.

Headquartered in Athens and serving the global industry, the objective and mission of the ABS Regulatory Affairs department is to support our clients in coping with forthcoming regulations and providing to the regulators the feedback from ship operators in order to assist in the development of a fair regulatory framework, assuring level playing field.

We have already started working with shipowner associations and the department has a new, additional objective to enhance ABS’ engagement with administrations and regulatory bodies and support the industry with compliance guidance offering detailed insight and guidance on the impacts of today’s unprecedented and dynamic regulatory environment.