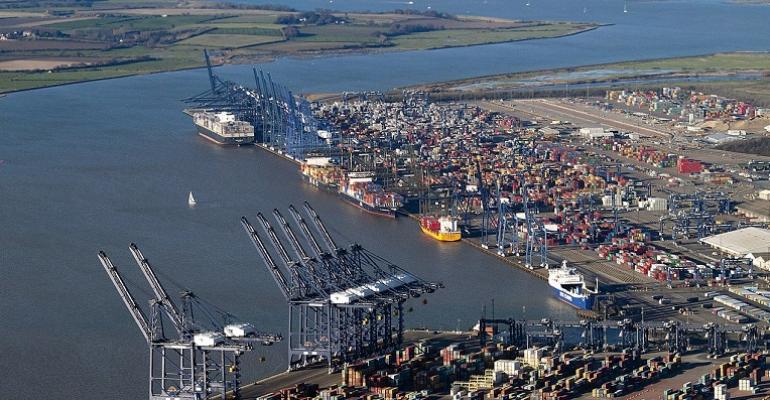 Maersk is omitting three calls at the Port of Felixstowe, UK, next week due to strike action.

The UK’s largest port is set to grind to a halt from 21 – 29 August as port workers go on strike over pay.

The Danish shipping line said in a customer advisory said that in the coming week three services – AE6 on Asia – Europe, LO2 – a North European feeder, and the SLC service.

Maersk has advanced or delayed the arrival of a number of service before or after the strike action.

In late July 92% of some 1,900 Unite Union members voted for strike action over Felixstowe Dock and Railway Company offering a 5% pay increase to its workers.

Further talks between unions and the Hutchison Ports run company have failed to find agreement with port workers now expected to walk out from 21 August.