Container spot rates keep falling, but what will be the floor? 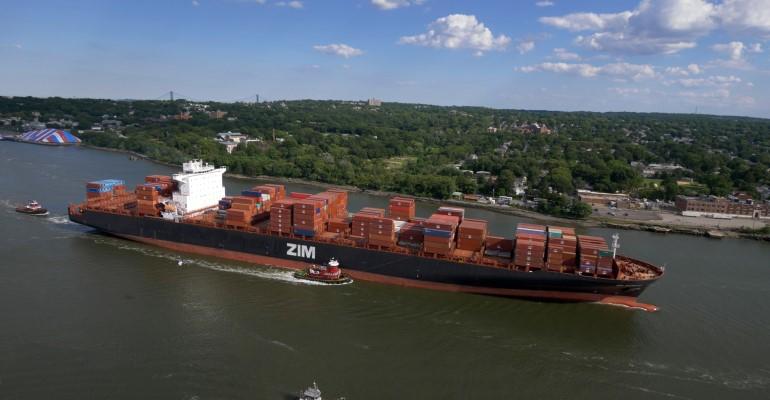 Spot container freight rates are continuing fall dropping 5% on the transpacific trade over the last week according to Drewry.

On the key transpacific trade Shanghai – Los Angeles and Shanghai – Rotterdam dropped 5% each to $6,521 and $8,430 per feu respectively. Notably this week the Port of Los Angeles where congestion was the stuff of mainstream headlines a year ago was this week talking about have capacity for more services.

Related: Container rates may have peaked - 280% above pre-pandemic levels

Rates into the US East Coast, where ports have seen more congestion, were higher though and New York – Rotterdam gained 1% to $1,298 per feu.

Spot rates form a small proportion of most carriers’ overall business so immediate impact is small as has been seen in most lines Q2 results.  An exception is niche long-haul carrier ZIM Line where falling spot rates have resulted in lower average freight rates in Q2 2022 versus Q1 this year. In Q1 2022 ZIM reported an average freight rate of $3,848 per teu, but this number fell to $3,596 per teu in Q2 2022. The impact of this could be seen in ZIM’s quarterly earnings as while second quarter net profits of $1.34bn were up over 50% year-on-year they were down compared to the line’s record Q1 net profit of $1.7bn.

“Over the past several weeks, we have seen a gradual decline in freight rates, including in the transpacific trades, despite continued port congestion and resilient demand, driven by macroeconomic and geopolitical uncertainties," Eli Glickman, ZIM President and CEO.

The majority of container line’s revenues come from long term contracts, which have lagged considerably behind spot rates as adjustments only came when contracts came up for renegotiation. And even though spot rates had started to soften at the point of recent negotiations the contract rates agreed reflected the exceptionally high spot rates seen over proceeding months and the impact of severe supply chain disruption.

Indeed, lines have been successfully in locking in more customers into long term contracts as is shown by figures from Maersk that share of long-haul volumes on contract in Q2 2022 was 72% up from 70% previously.

Lower spot rates will be factor in the next round contract rate negotiations giving more leverage to customers, who in the last two years have had little choice but accept what rates have been offered to them.

The question is how much more spot rates will continue to decline, and at what level they will settle? Current spot rates remain far above historical averages. Drewry’s WCI composite index may now be 40% lower than the peak of $10,377 per feu it hit in September 2021, but it remains 71% higher than the five-year average of $3,631 per feu.

While the situation has improved for US West Coast ports supply chain disruption is far from over. There is growing congestion at US East Coast ports, a week-long strike looming at the UK’s largest port of Felixstowe following disruption at other major Europe ports such as Hamburg. China’s zero-Covid policy means continued uncertainty over full operation of its key export facilities. Full normalisation of the supply chain remains a long way off.

All these factors, combined with a fear of further black swan events, should provide a strong floor to spot rates with lines continuing to be able lock in significant contract rates at the next round of negotiations, if not at the heights seen at present.